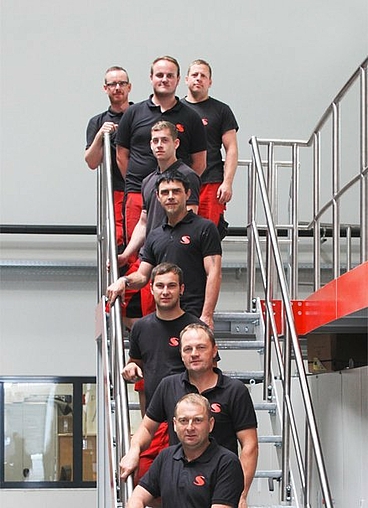 The enlarged space makes it possible to produce and deliver 4 viscoSTARs, 13 deCONs, and 8 viscoSHEET lines in the 10th year of our existence.

Exactly 10 years ago viscotec rented the first small production site for the assembling of SSP reactors. This hall had a space of 550 m² and also included a warehouse, a laboratory, and a small foreman office. 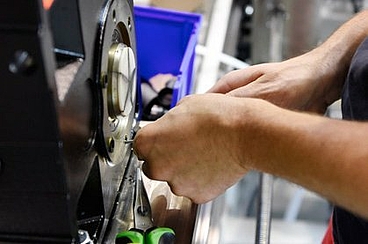 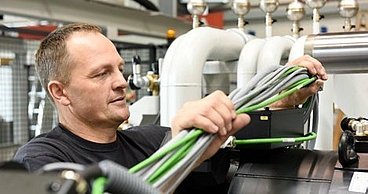 In 2006 the series production began with the first two viscoSTARs 75, which were sold to Alpla PRT in Lower Austria as a part of a bottle-to-bottle plant. Since then, each of these reactors has performed more than 70,000 operating hours at Alpla‘s production site.

Until 2012, exactly 40 viscoSTARs and deCONs, which was the maximum capacity, have been assembled by our assembling team. Furthermore, our start-up technicians also supported the assembling team whenever they were available in order to maximize the output.

The growth of our division and the aspiration to create new machines made it necessary to enlarge the production capacity and in 2010 Starlinger decided to build a whole new factory for viscotec. A 20,000 m² property north of Linz in Upper Austria had been acquired and construction works for the new premises began in September 2011.

In 2012, viscotec moved to the new assembling hall with a space of 1,000 m2. In the same year, the first viscoSHEET line has been introduced during the opening ceremony of the new premises.

The successful market entry of the viscoSHEET line and the great demand for food grade bottle flakes brought us again soon to the capacity limit of this new hall. Thanks to the Starlinger management we were able to plan and realize the extension of our production space just in time.

Within shortest construction time, we have doubled our production hall space and since February 2016, we have 2,250 m² of assembling space and 750 m² for the parts warehouse available.