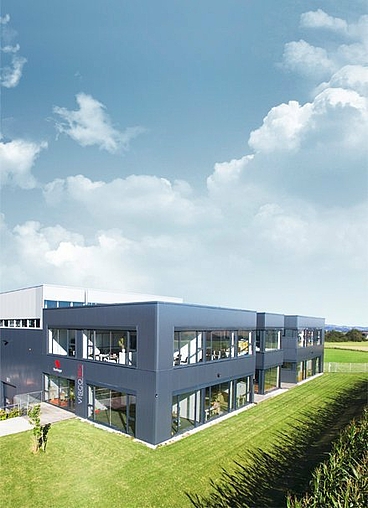 On April 23, 2015, the ground breaking for the stage two expansion to double the production- and office space took place at Starlinger’s premises in St. Martin, Upper Austria.

This actually happened one year earlier than originally planned and gives viscotec the possibility for further extensions of the existing and future product range.

After the completion in early 2016, the production-, warehouse- and technical center sizes have been doubled to 4,000 m². Also, the office space has been enlarged to a total of 1,100 m².

viscotec is the specialist in PET upgrading and decontamination technology with its core competence in food grade applications for recycled postconsumer material. viscotec’s SSP reactors are used for the decontamination and iV increase of PET pellets and flakes according to FDA/EFSA and other multinational standards. Furthermore, this equipment is also used for the production of food grade HDPE flakes. The viscoSHEET line combines high output rates, highest flexibility, a maximum of energy efficiency and 100% food grade material for 100% consumer safety.

Since its establishment 11 years ago with initially 2 employees, viscotec is constantly expanding. Today, viscotec employs more than 50 people and has sold worldwide 129 Solid State Polycondensation plants and sheetlines.